Welcome back to readers of Australian Emergency law. It’s been a long hot summer so far and with record temperatures set in Sydney today, that is likely to continue. This blog will continue to report on developments in the law relating to emergency management and the emergency services.

Here’s some things that have happened or been reported in the last month: 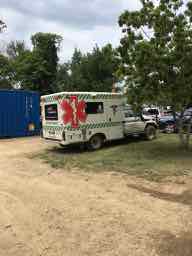 who were ‘on duty’ at the 2017-18 Woodford Folk Festival and who provided outstanding care for one of my party who suffered a debilitating injury. Effective immediate care with compassionate follow-up care until we could get our party member on a plane home was much appreciated.

And now we turn to 2018 and I look forward to your questions and comments as we continue to explore aspects of Australian Emergency Law.

Most Viewed Posts in the last 48 hours

The view from the United States