A NSW RFS volunteer likes to wear a hi-vis jacket when turning out, but what’s legal?

I am a volunteer with the NSW RFS and at times ride my motorcycle to incident calls. I sometimes where a high-vis vest for night calls. This vest has black and white chequer striping on it. I was told by a highway sergeant to remove the vest and not where it again as I am impersonating a police officer as blue/black chequered markings are reserved for emergency service vehicles and uniforms only. I can’t find any legislation regarding this and would appreciate a point in the right direction if possible.

The relevant offence is set out in the Police Act 1990 (NSW) s 203.  Relevant parts of that section say (emphasis in underline added):

203 Wearing or possession of police uniforms by others

(3) A person (including a police officer) who uses police insignia otherwise than in the course of, and for the purpose of, exercising the functions of a police officer is guilty of an offence…

(5) A person is not guilty of an offence under this section if:…

(c)        the person establishes that the person had a reasonable excuse for the act or omission.

(a) any items (being insignia, emblems, logos, devices, accoutrements and other things) that are generally recognised as pertaining to the NSW Police Force or as being used by police officers, or

(b) any parts of any such items, or

(c) any reasonable imitation of any such items or parts, or …

“police uniform” means the uniform of a police officer, and includes:

(b) any reasonable imitation of such a uniform, parts of a uniform or accoutrements.

Maximum penalty: 100 penalty units or imprisonment for 2 years, or both

(For a similar offence dealing with the insignia of the other emergency services, see State Emergency and Rescue Management Act 1989 (NSW) s 63B).

Let us assume that it is correct that the blue/white cheque pattern is ‘generally recognised as pertaining to the NSW Police Force’.  This is not, I suspect, an unreasonable assumption as these images captured off the web show: 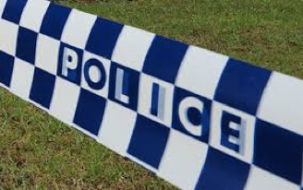 There is no law that says specifically that ‘blue/black chequered markings are reserved for emergency service vehicles and uniforms only’ but it is still the case that ‘blue/black chequered markings’ may be perceived to be a ‘reasonable imitation’ of a police uniform or insignia.  Whether it would, or not, may be debatable but it is of course easier to avoid the fight than have to persuade a magistrate that there was no ‘reasonable imitation’.

Does my correspondent have a reasonable excuse?  The mere fact that the equipment is being worn for safety purposes whilst riding a motorcycle at night will not be a ‘reasonable excuse’ because there are alternatives.  If it was a ‘reasonable excuse’ a person could wear a police vest but that can’t be right.  The real answer why it’s not a reasonable excuse is because there are indeed standards for hi-vis gear (see http://www.elevenworkwear.com.au/high-visibility-standards; see also https://www.worksafe.vic.gov.au/__data/assets/pdf_file/0014/10157/FINAL_web_ready_file_High_Vis_clothing_design.pdf).  Wearing gear that looks like police chequer-board is not ‘reasonable’ when appropriate day/night vests are cheap and easily available.

It is not expressly provided that wearing a vest with ‘black and white chequer striping on it’ is illegal but it could be if, in the circumstances, it appears as a ‘reasonable imitation’ of insignia used by the police force.   My correspondent has already been put on notice that one police officer thinks that is the case.  The ultimate judge, should the police prosecute, would indeed be the judge (well really a Magistrate). Whether it’s worth having that argument depends on whether my correspondent does think the vest could or might be confused with a police uniform; and how much it might cost to go and buy a new vest.

Most Viewed Posts in the last 48 hours

The view from the United States